Bluestacks app player is a popular app player which is extensively used for the running of the mobile apps on the bigger screens for the convenience and enjoyment of the users. This also provides a unique and effective platform which combines the facilities of the traditional and digital advertising channels in a single platform. Bluestacks app player also has the compatibility of supporting the multiple operating system configurations. Bluestacks can be possibly integrated with Google Play. 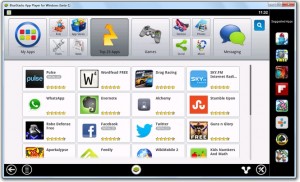 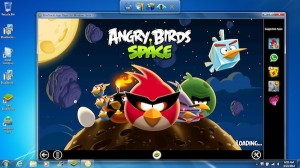 Bluestacks App Player supports the Android as well as the Windows apps and they can be shared between both the platforms with the help of Bluestacks. The Blustacks App Player is reported to integrtae more than 4 lacs Android apps with Windows Operating System. The compatible apps presently include Alchemy, Drag Racing, Basketball Shot, Facebook, Paper Toss, Twitter, Robo Defense, Zebra Paint etc.

The recent changes on Bluestacks enables the app player to support around 7.5 lacs android applications and also runs faster than ever.

The Blustack app is being used by millions of the Smartphone and Mac users and have gained immense popularity.